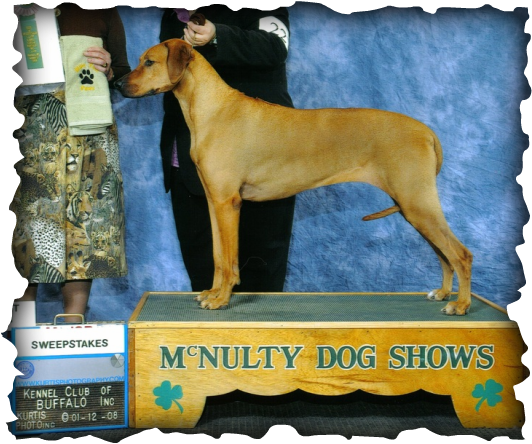 Best Veteran in Sweeps, Hamburg, NY
Like a fine wine, she just gets better with age...Agility-Lure Coursing- Obedience-Rally &Veteran Sweeps....She has the temperament and structure that stand the test of time.

Sienna was purchased as a performance prospect in 1999, and she has lived up to that promise and beyond!  She has attained titles in four separate AKC performance events as well as CPE Agility, consistently remaining a serious competitor in multiple venues, including the Veteran Sweeps Ring until her recent retirement at an advanced age.


Sienna crossed the rainbow bridge in September 2012 at the ripe old age of 13 years.  Dignified and Slightly Defiant till the last!
windrushrr.weebly.com